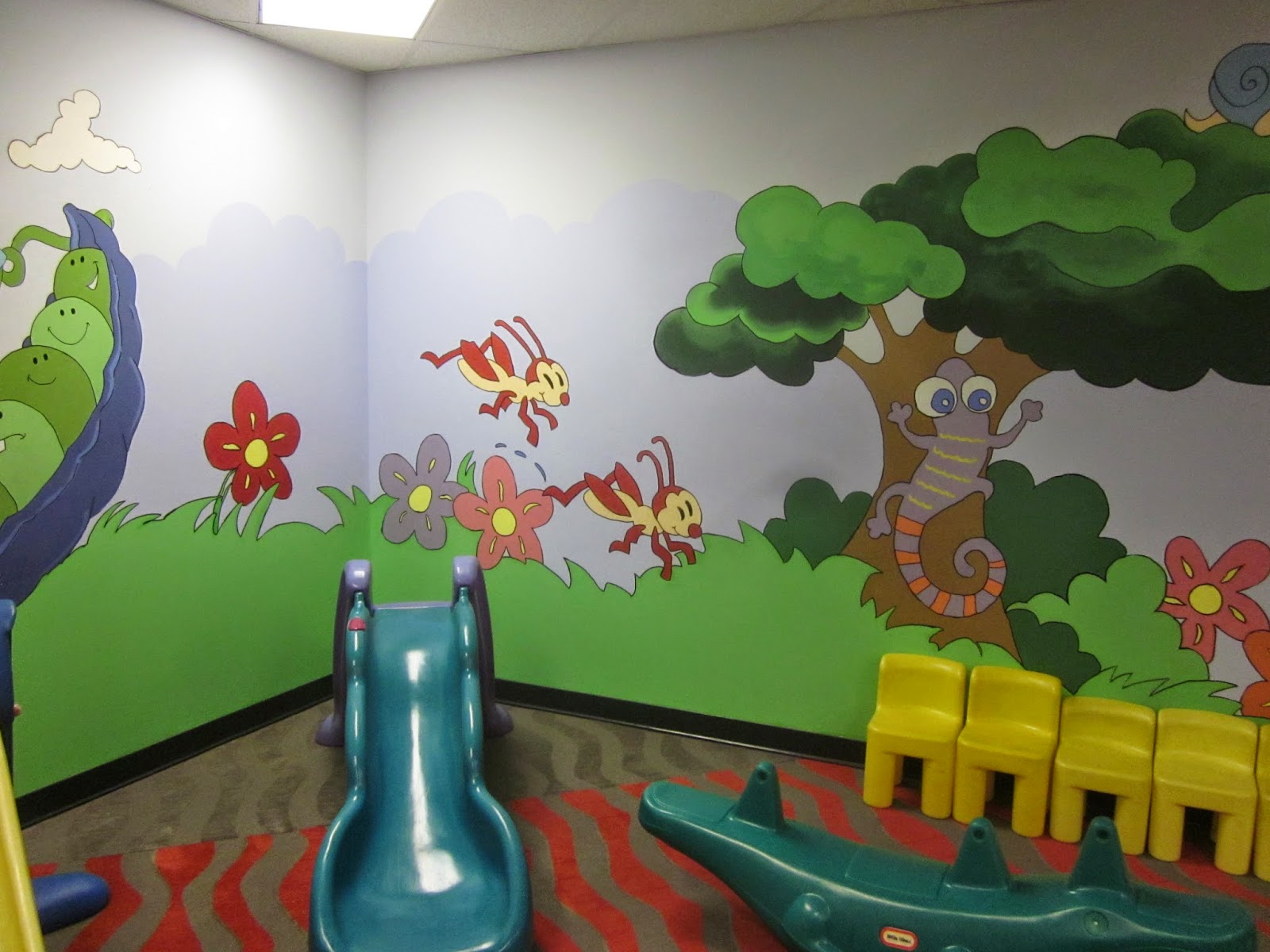 Finished a mural painting repair job last month and it was quite satisfying. There were six rooms in all but we only have photos from a few of them. This particular room had all manner of holes and scuffs. As you can see, it turned out to be a successful endeavor.

Let's walk through a few of the rooms.. 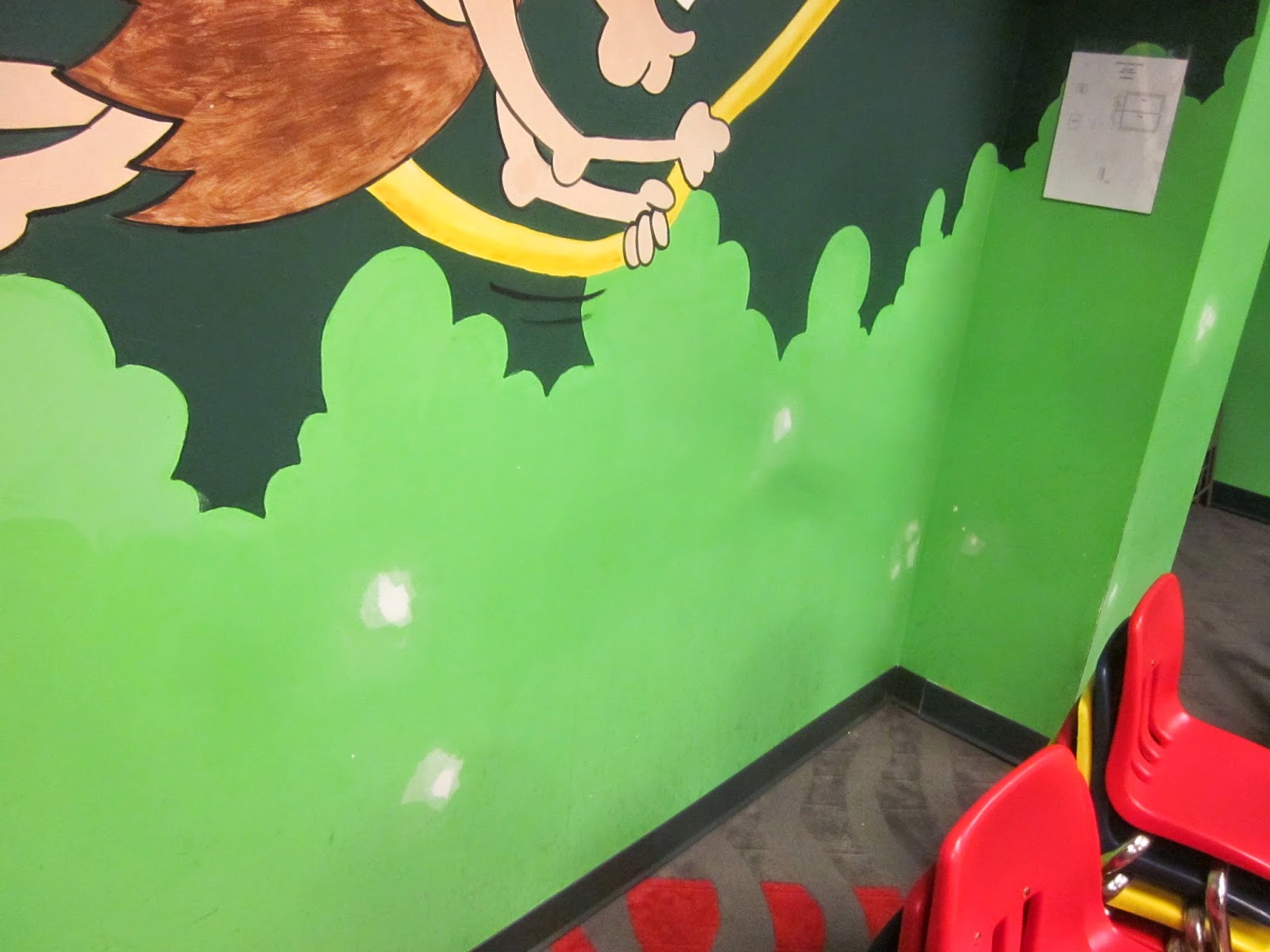 Here in the Jungle Room we had a few holes in the bush areas and... 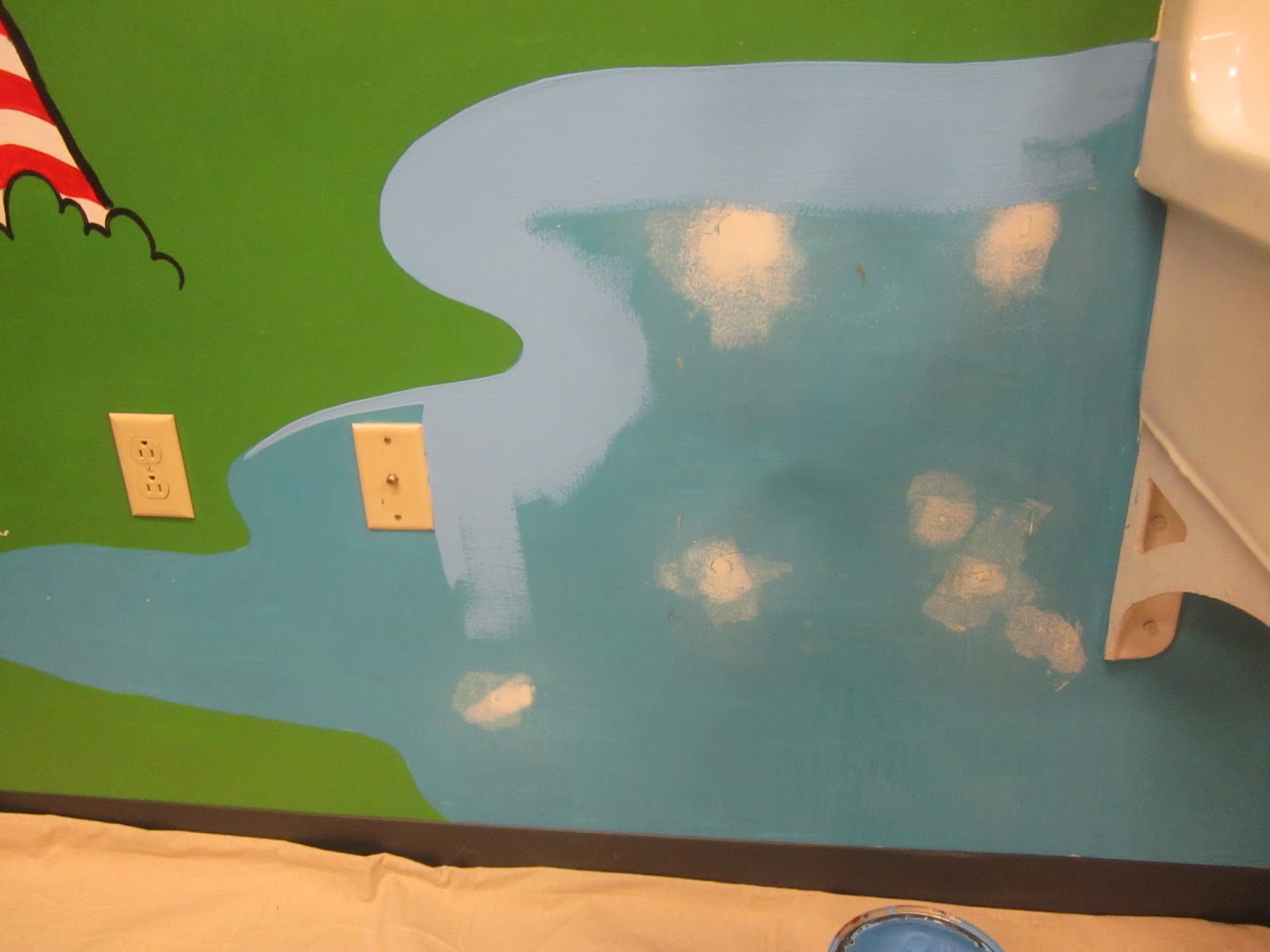 Lots by the sink and pond. 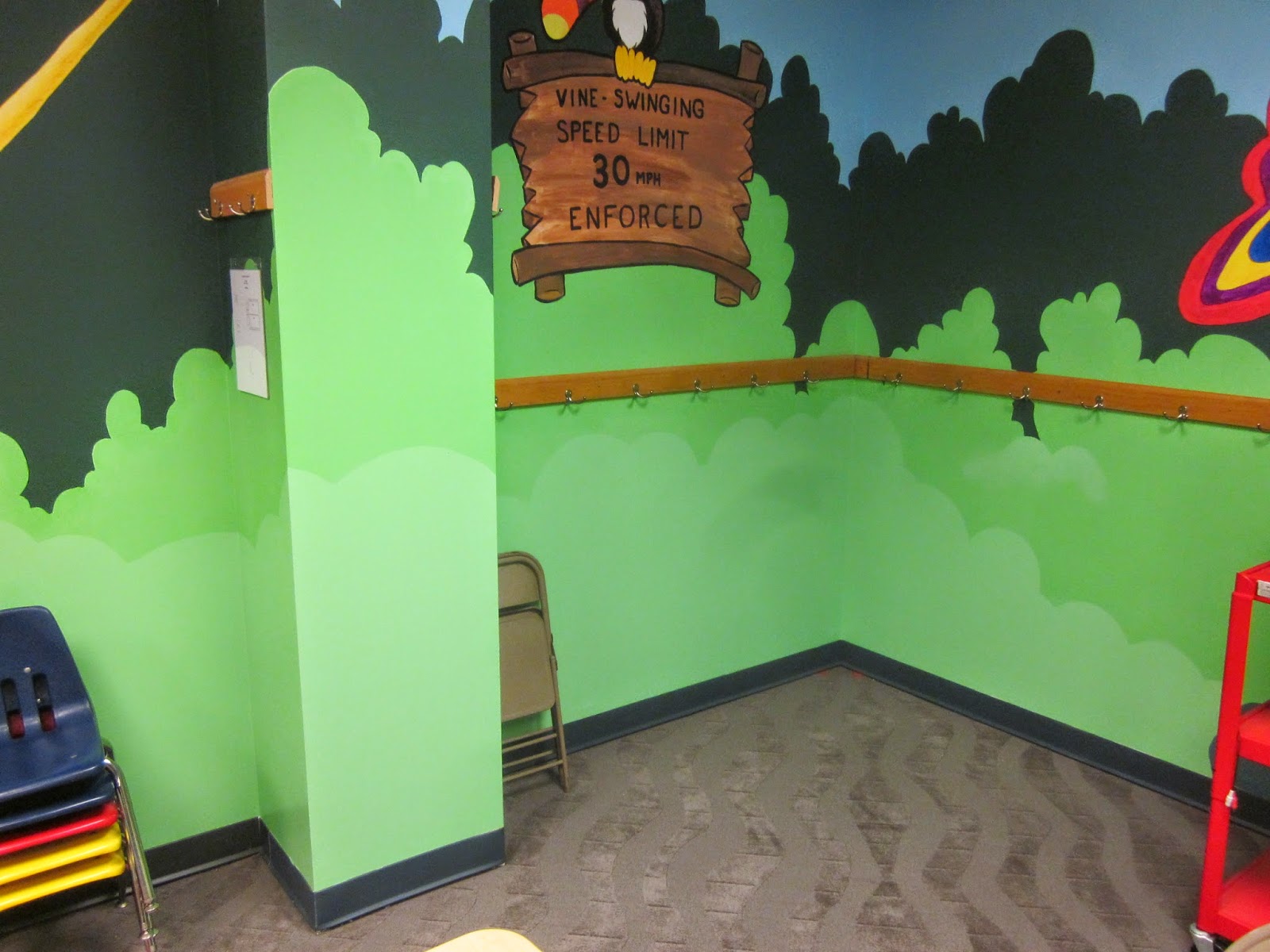 Once patched the painting had to blend. The original colors were long forgotten so coming up with colors that were close was attempted. 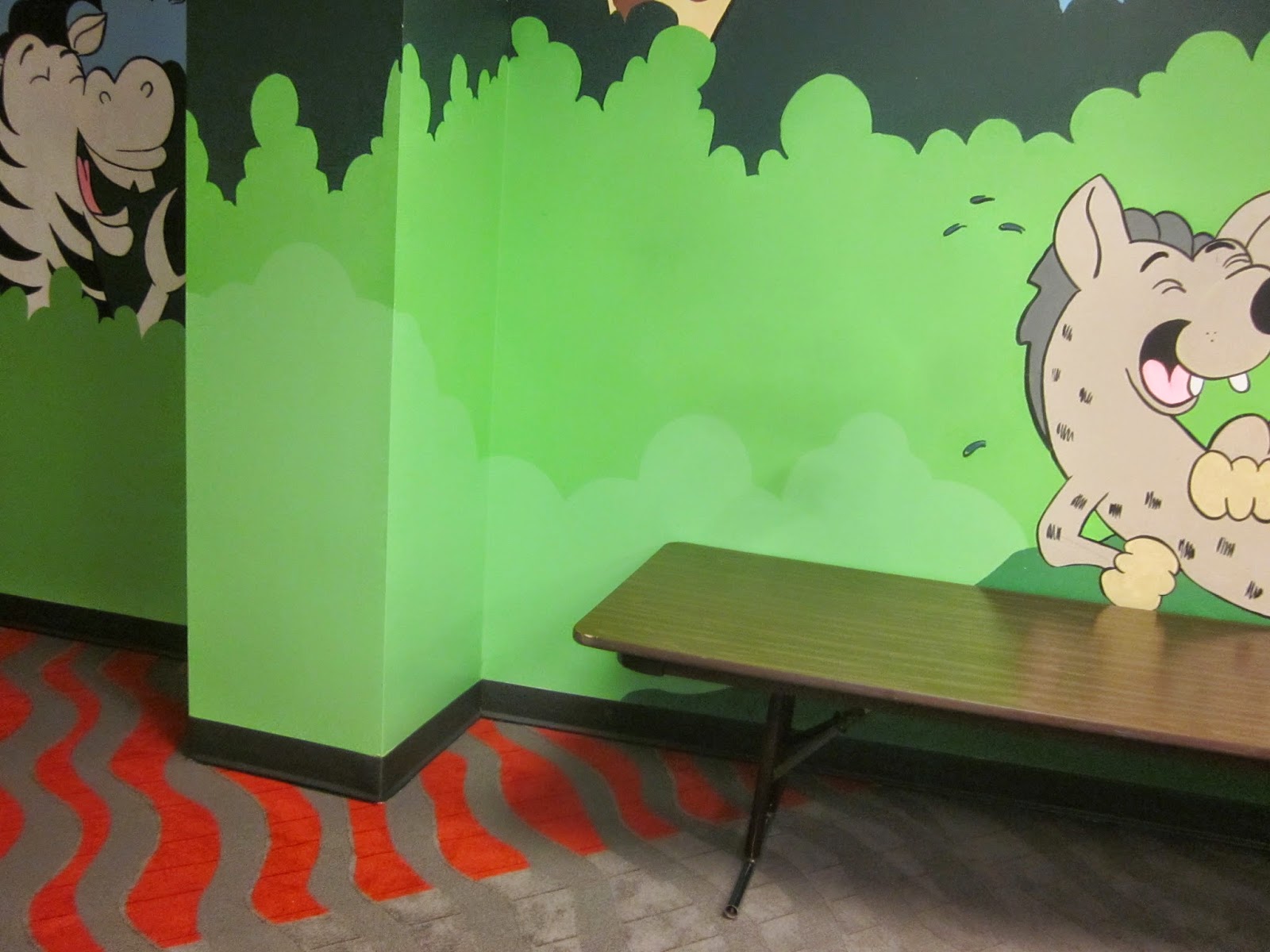 Without a perfect match we decided to solve the problem by creating another "foreground" layer of bushes. 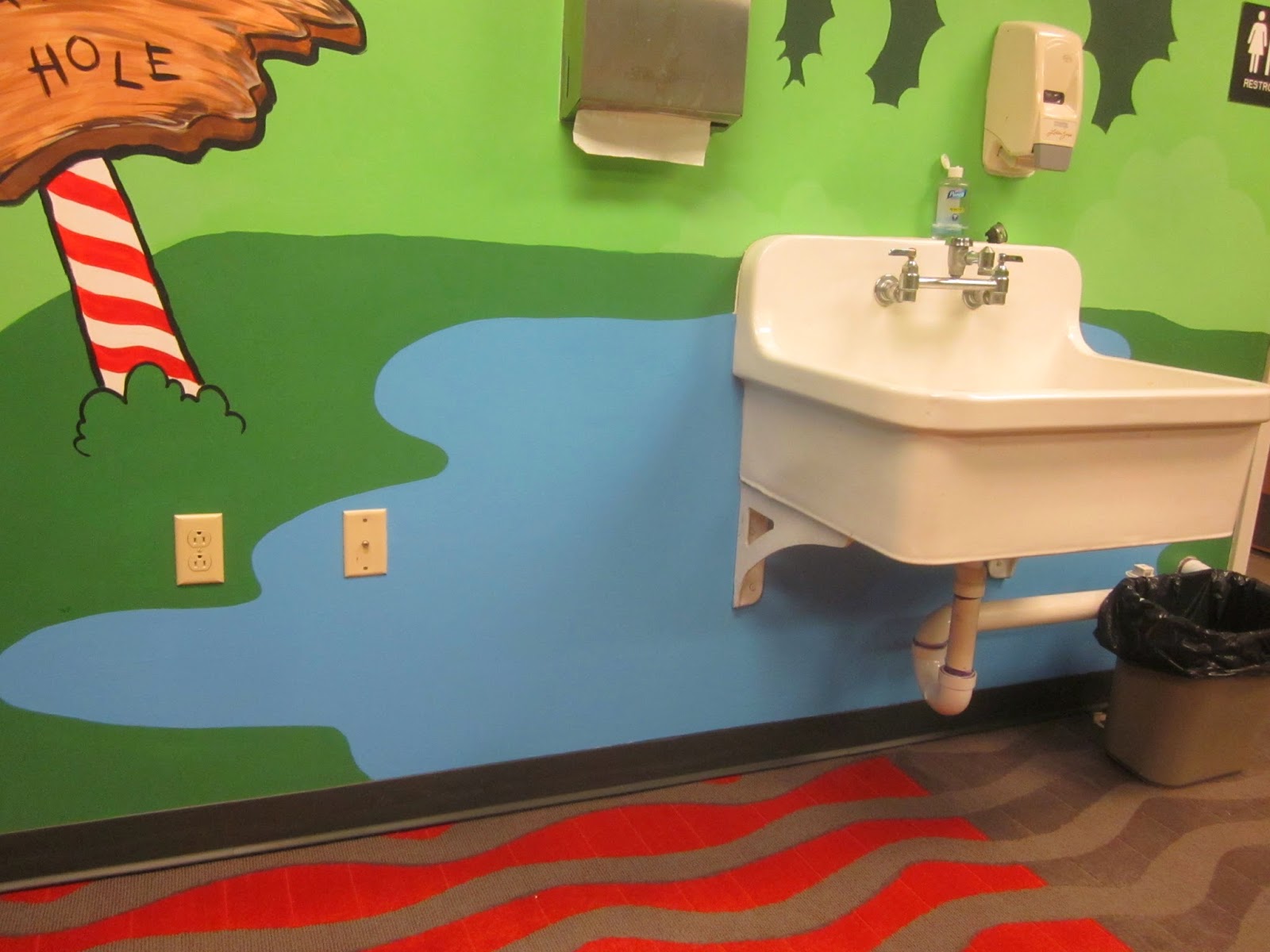 And the pond was repainted in full. 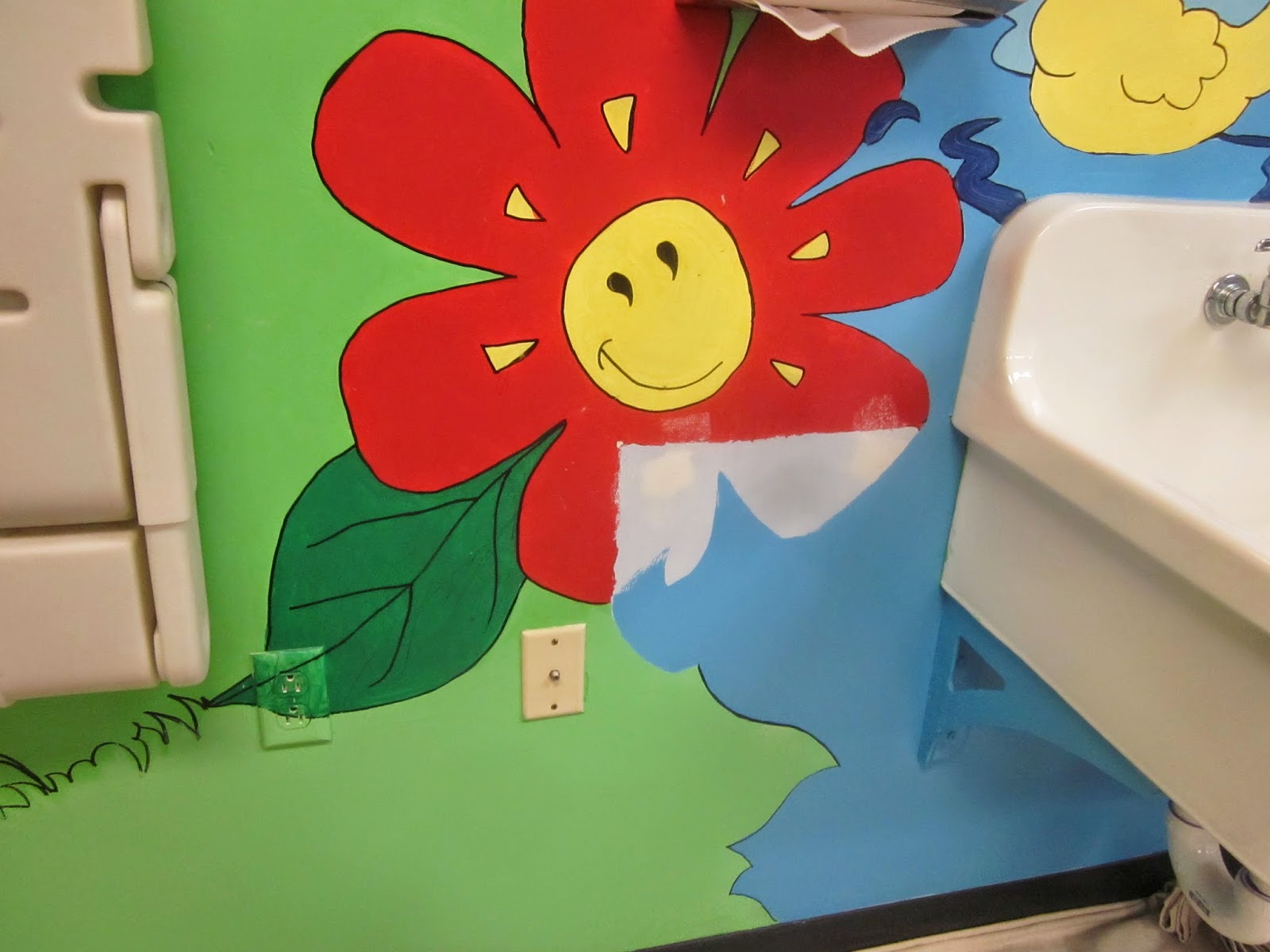 In the Garden Room there was grass below this sink and holes on the left side where a dispenser was removed. 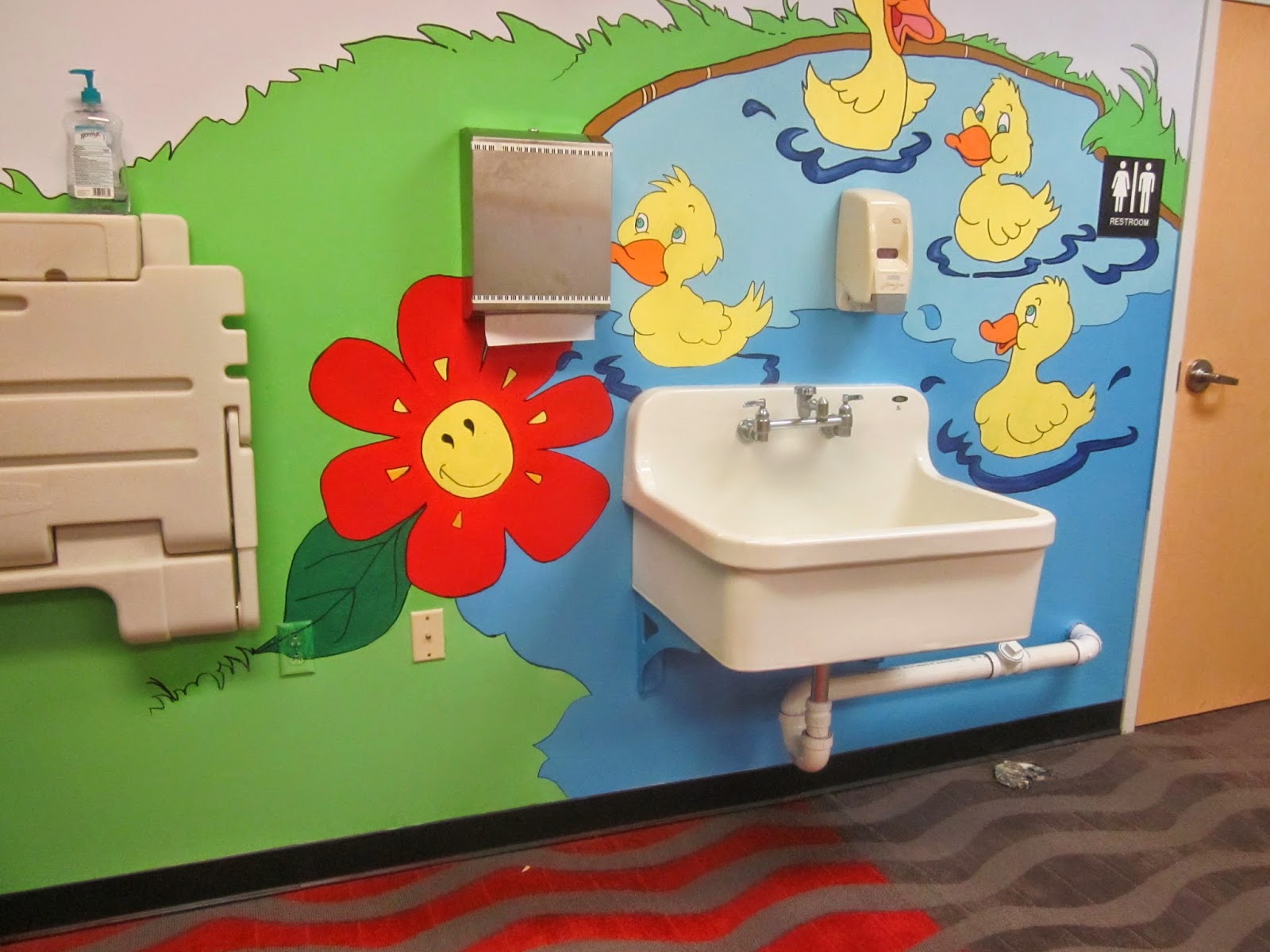 I extended the pond down and repainted the flower so it was all the same color. 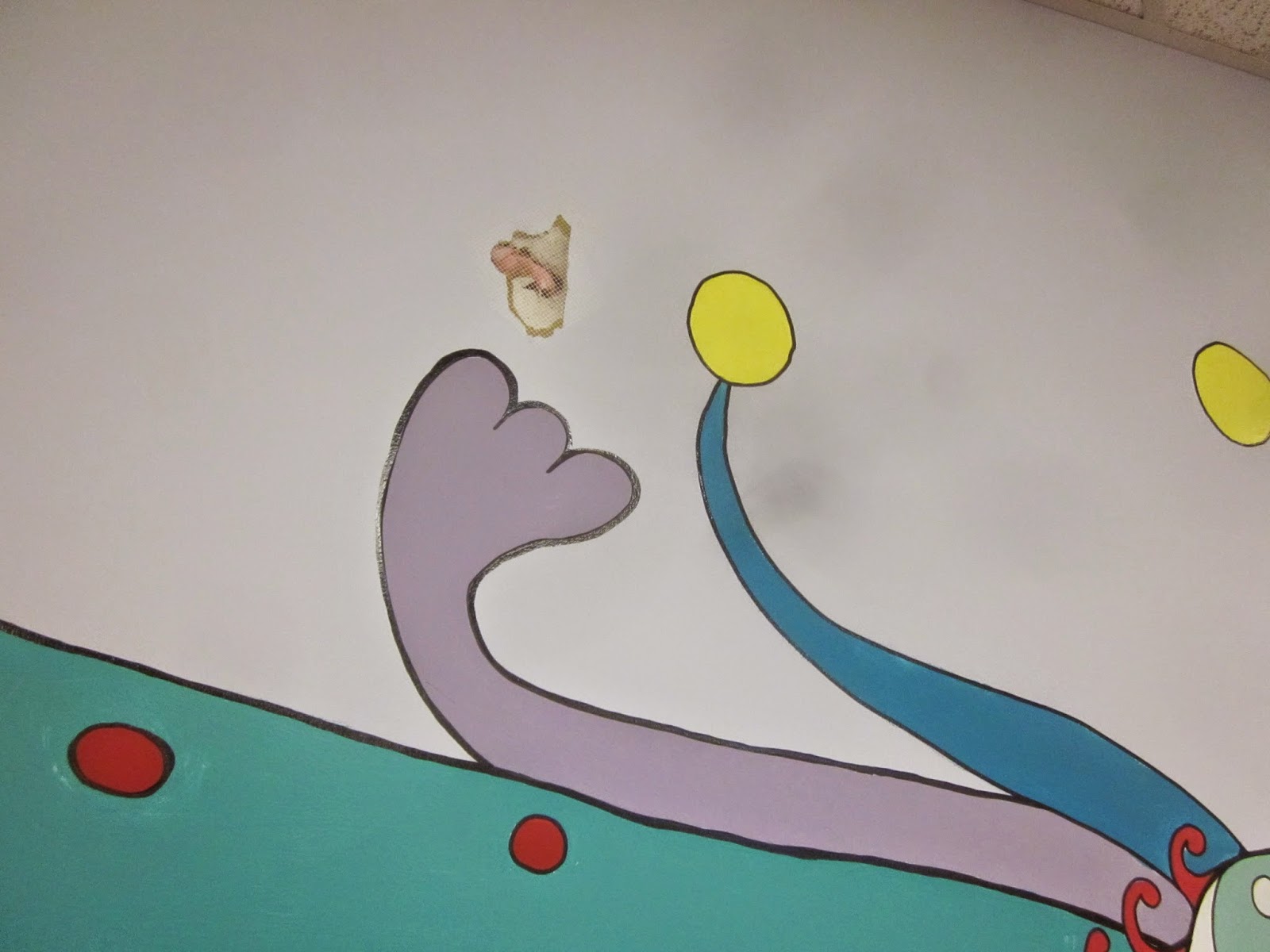 Somehow the little kids made a big hole above the butterfly's antenna. 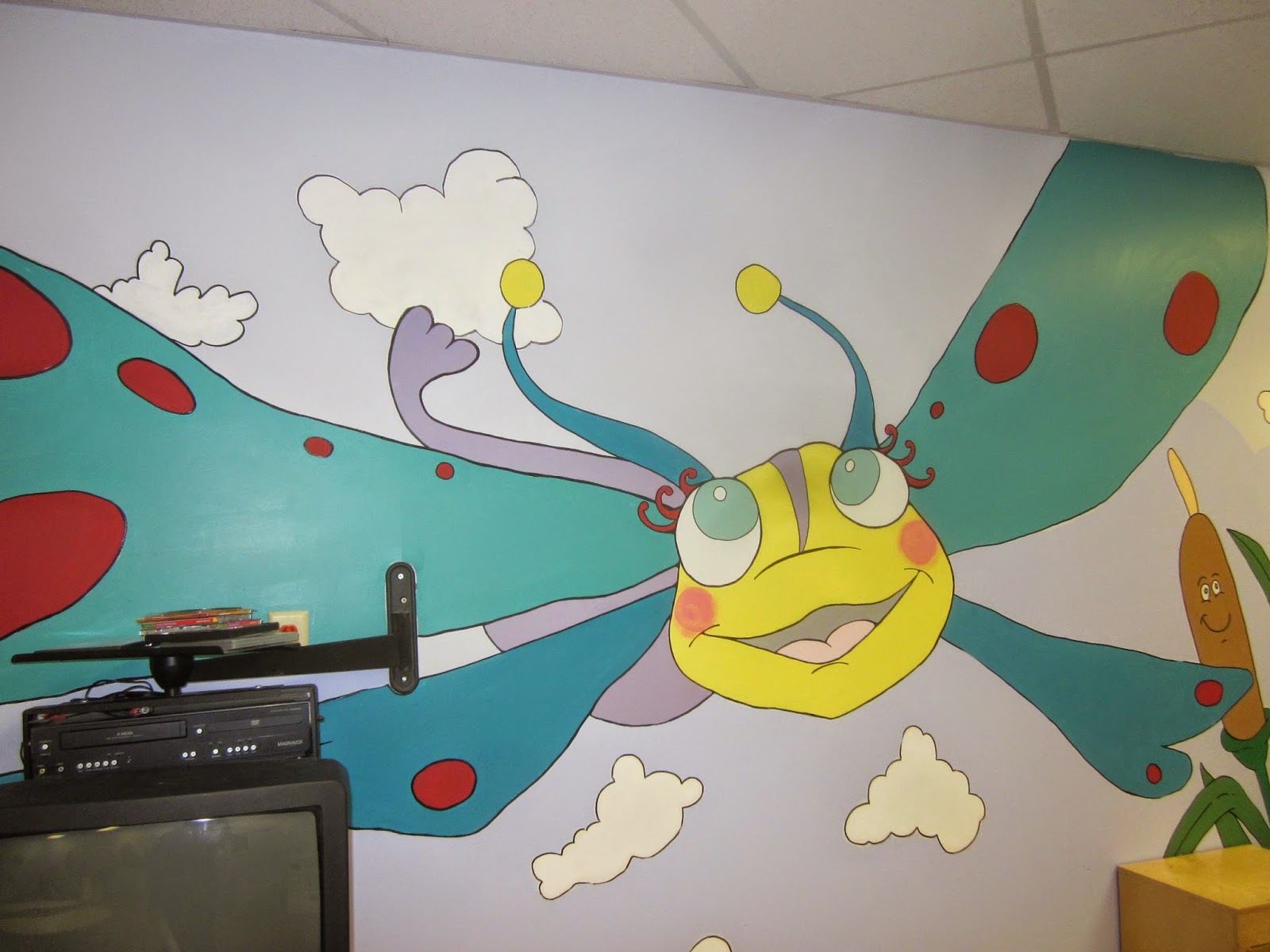 The hole was patched and a cloud was "strategically" placed to cover the area. 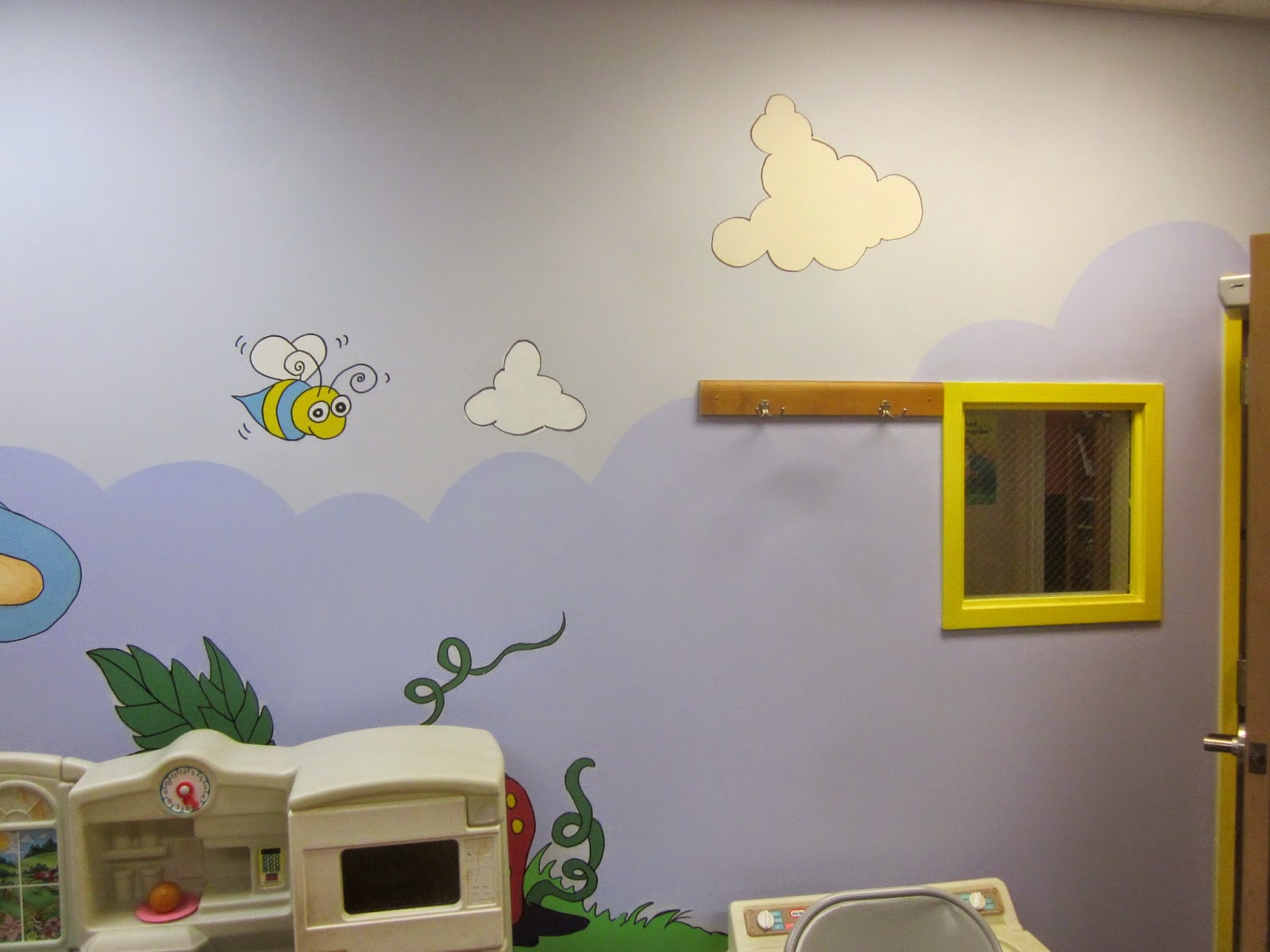 A secondary layer was added to the sky to represent either distant hills or a lower cloud layer. This covered other repair areas and worn ares. 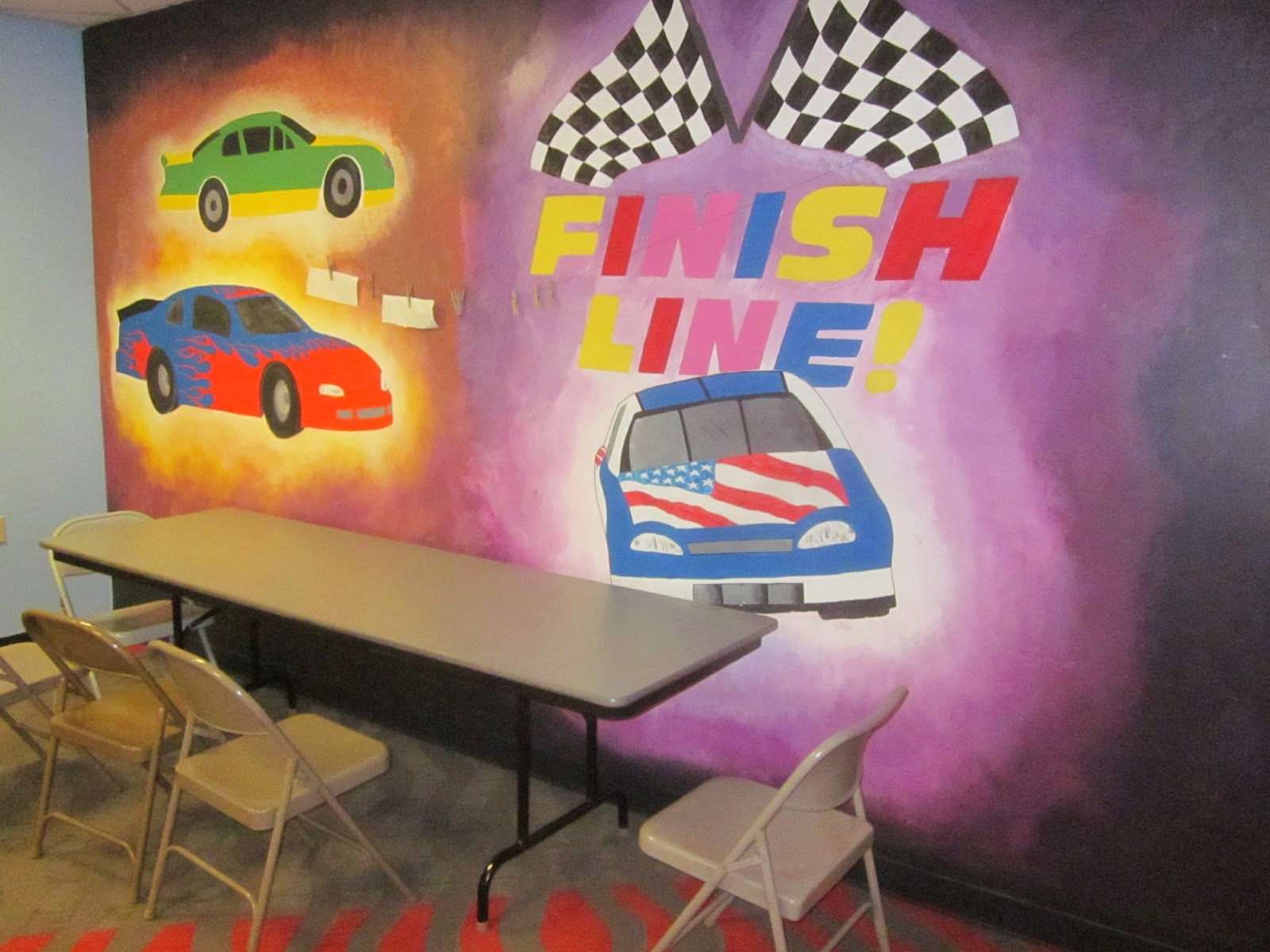 The "Nascar" room had several large pieces missing from this mural and needed a considerable amount of blending to finish. 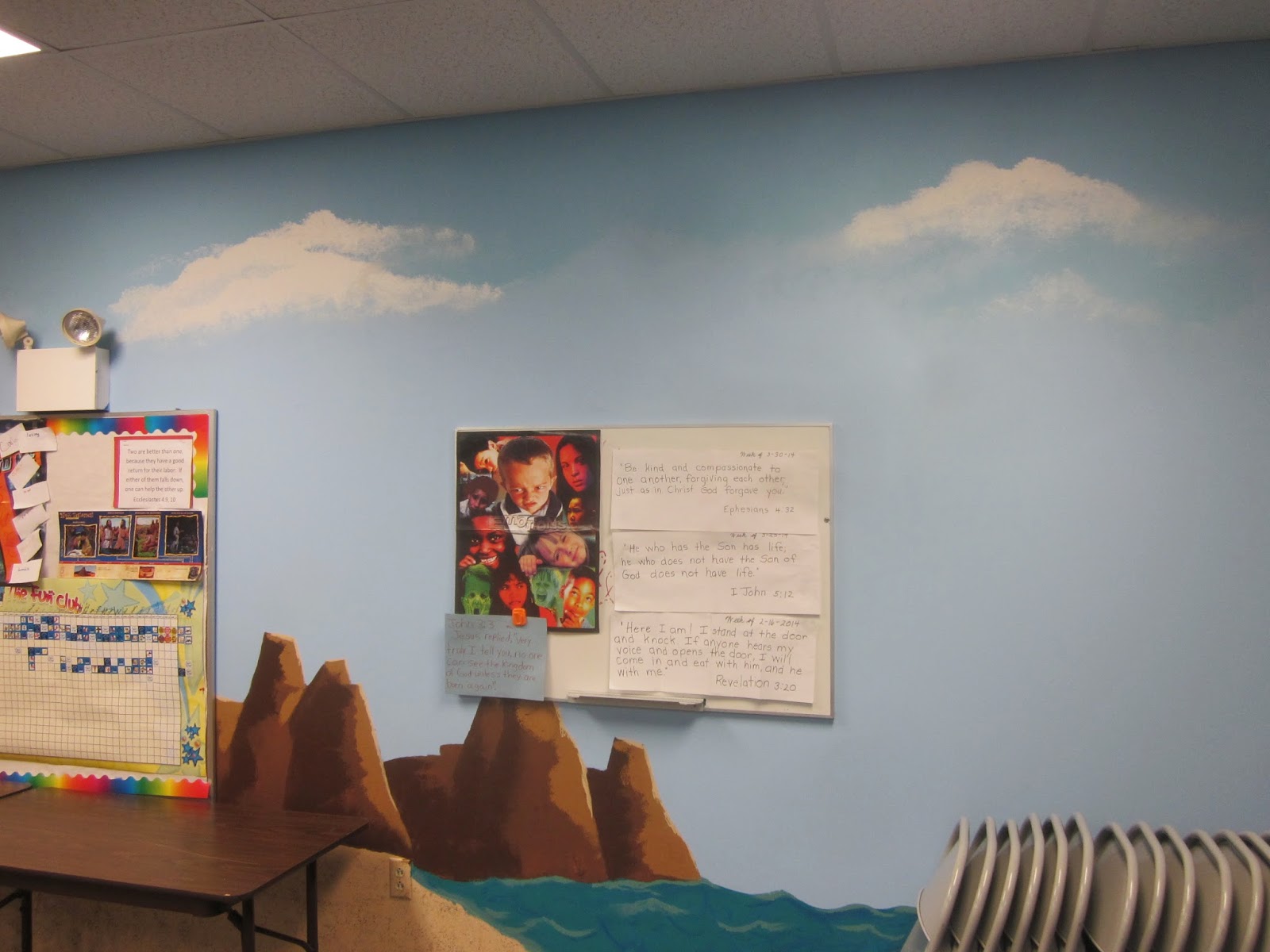 Other rooms just needed unknown colors blended in the sky ares. Clouds wound up being the perfect break point between the two different colors. 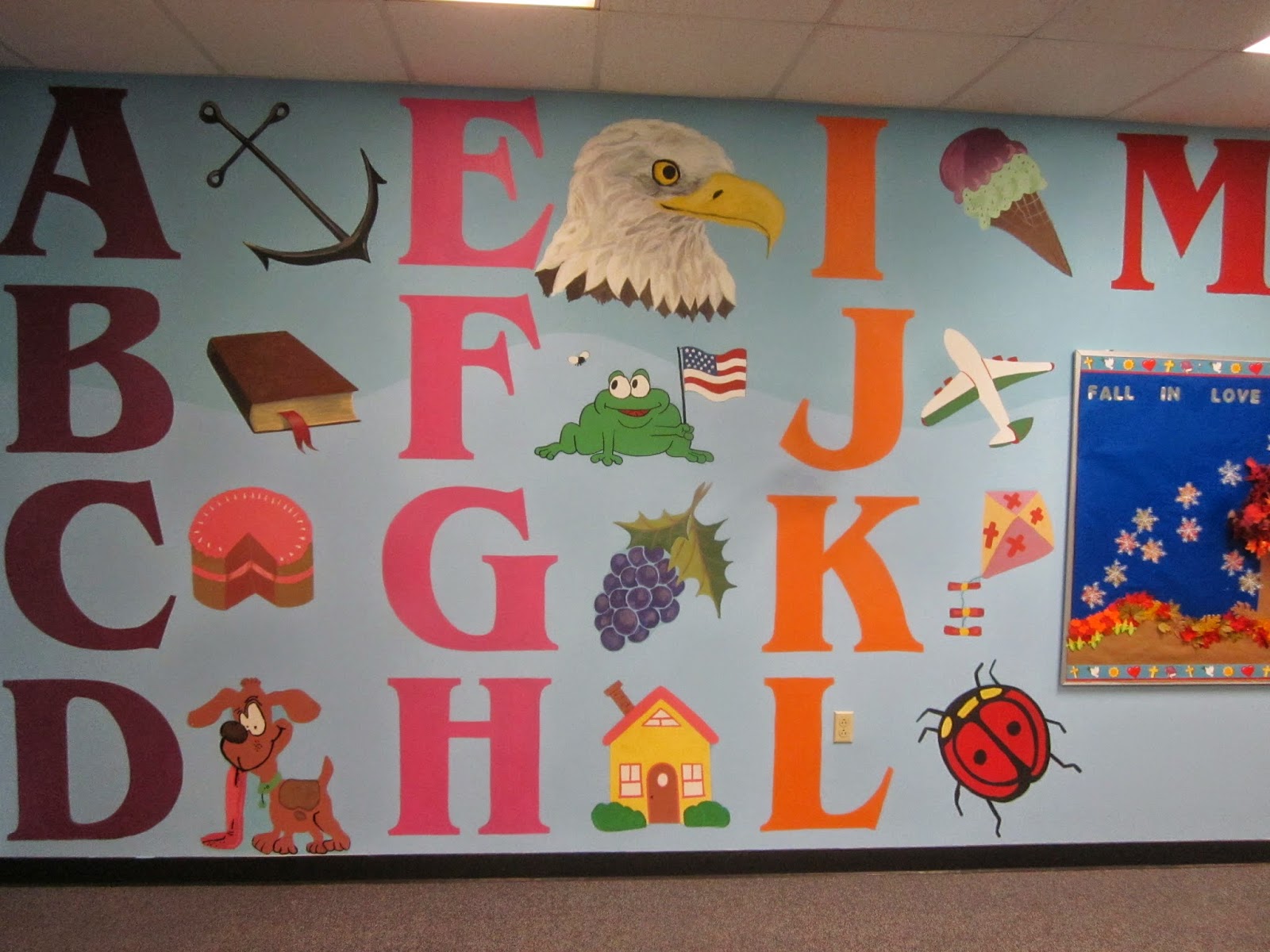 The alphabet room was tricky. Not only did these letters need repainted but the wall behind had patching and painting to match. 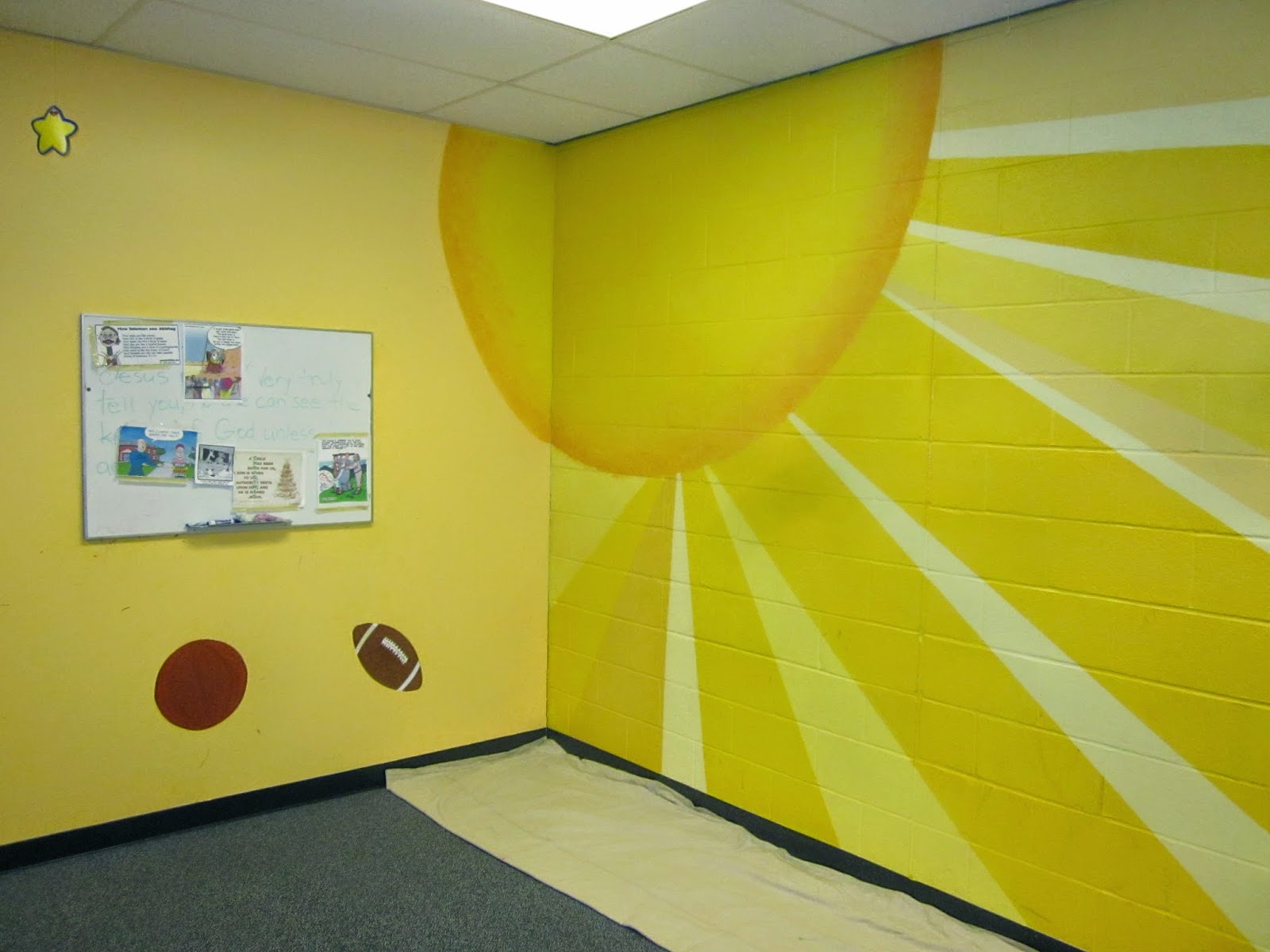 And the last and extensive room had multicolored walls, multicolored sun rays and areas behind all the painted accent objects. 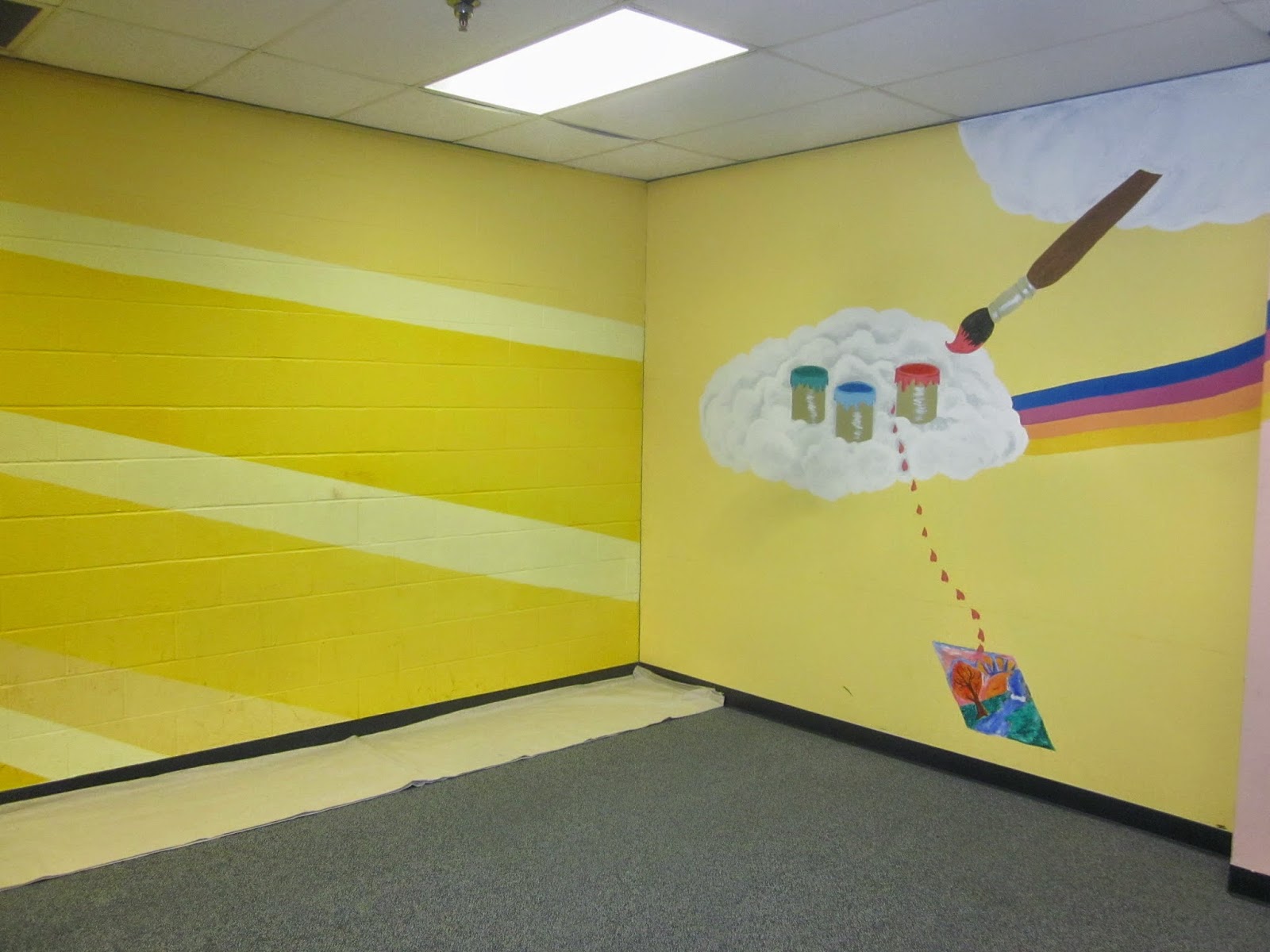 It wrapped around the room too. 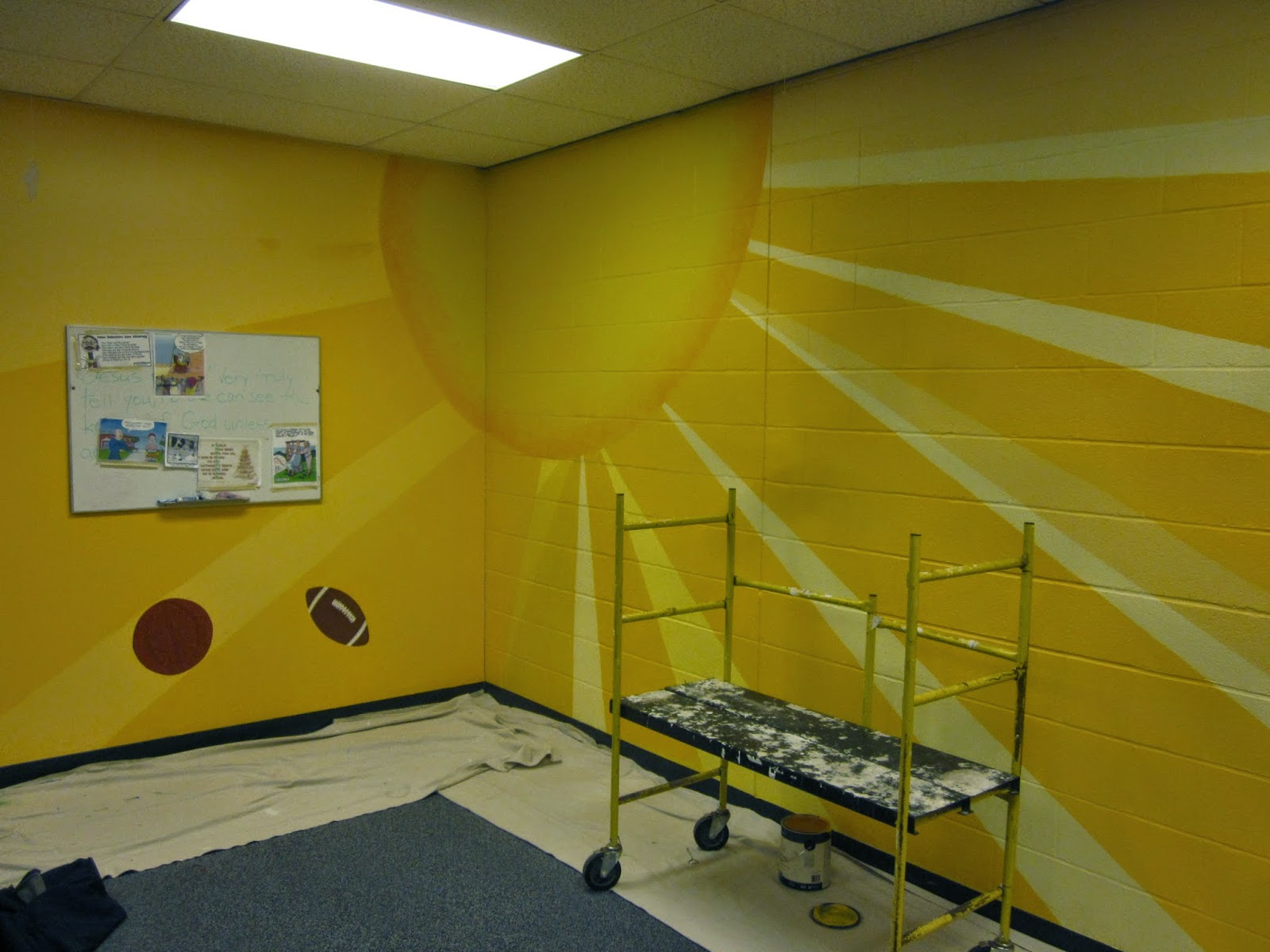 To start we picked a base color for the rays, another for the yellow walls and a third color for the pink walls. Here the deeper background yellow is going on and additional rays were mapped out. 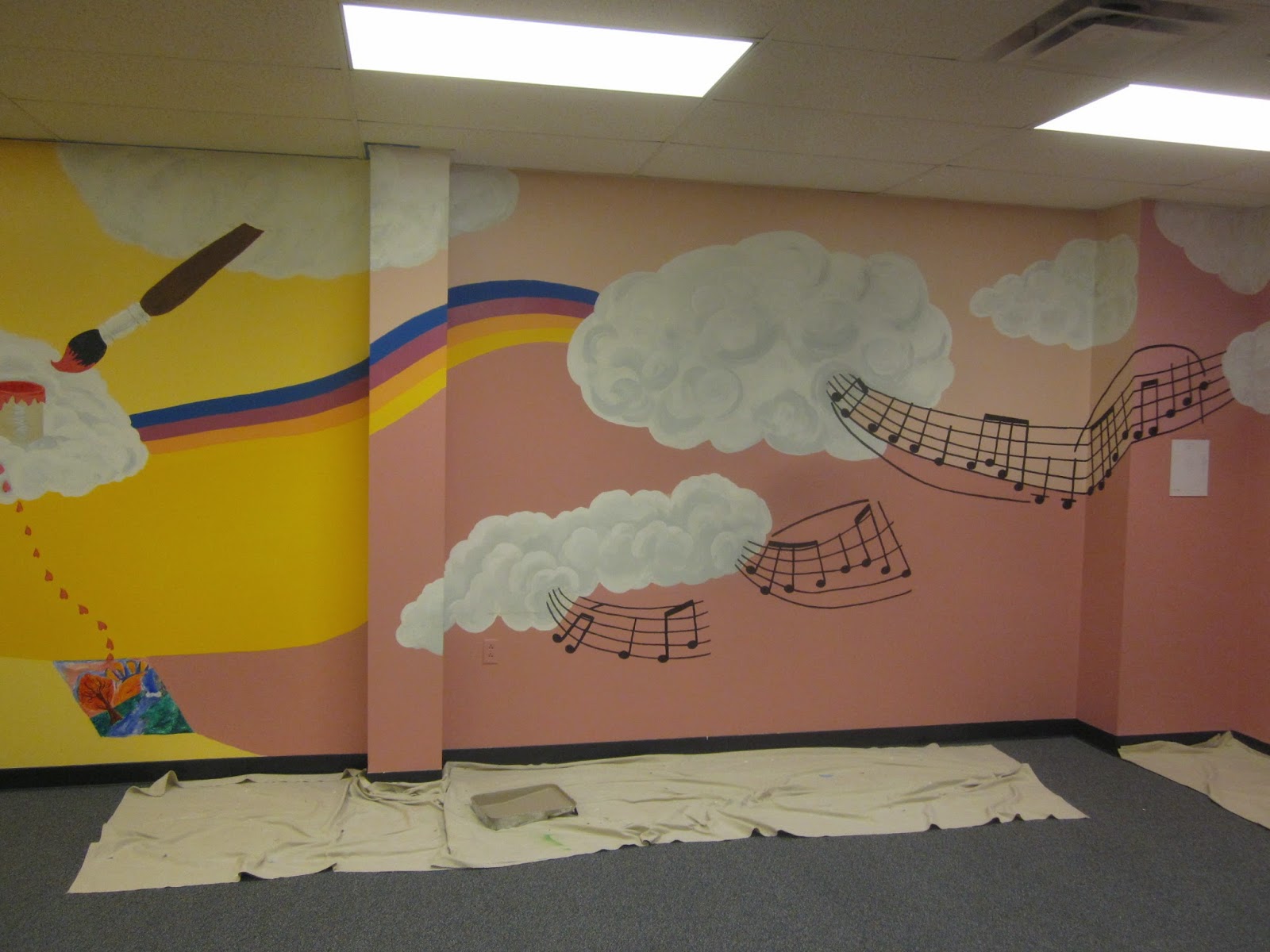 I decided to interlock some of the mural accents by blending in the sun rays and pink color. The notes were especially fun to paint around. 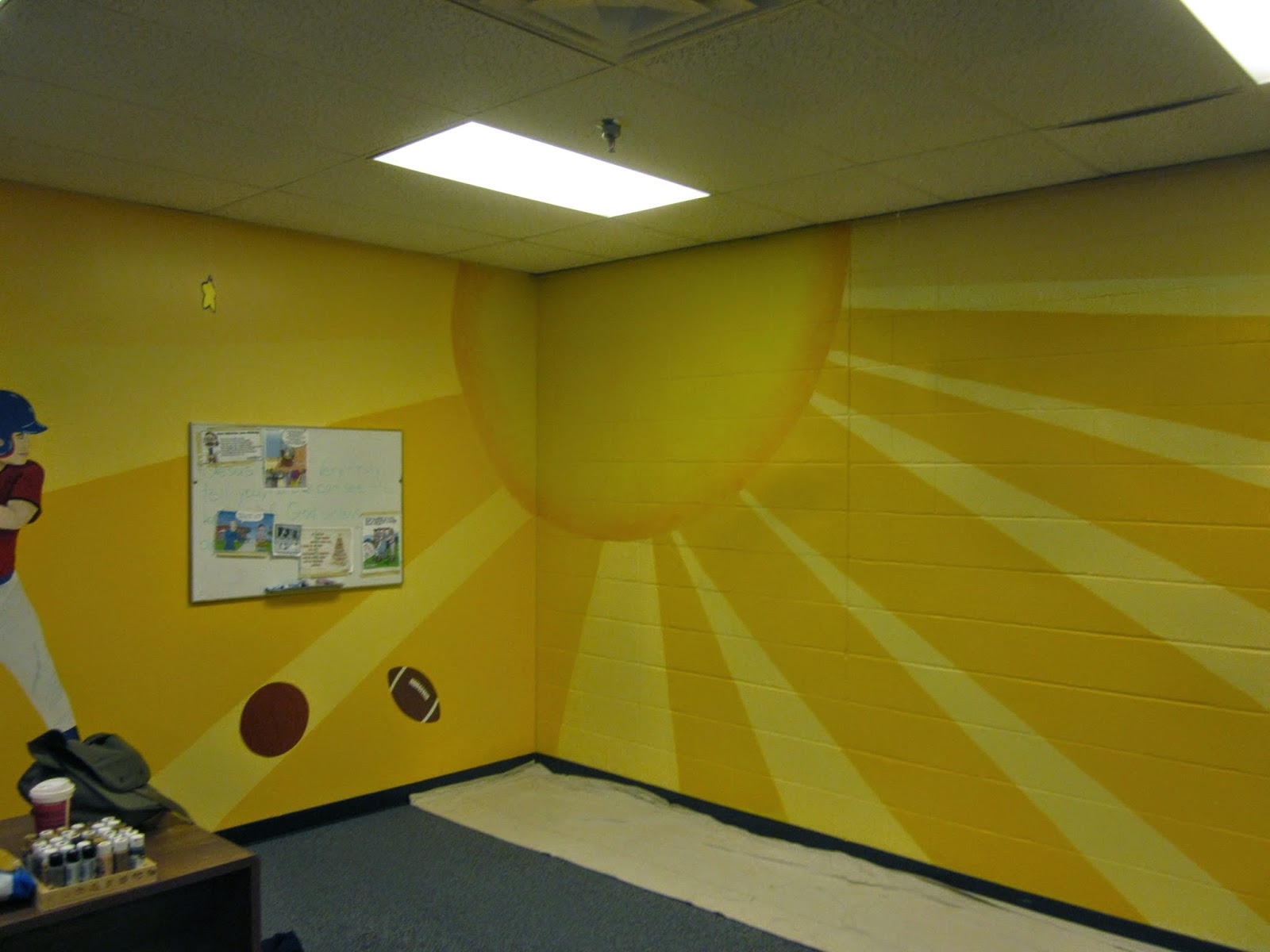 The sun and rays were more consistent now. The original variations were nice, but to buy all the colors needed would have put the job over budget. 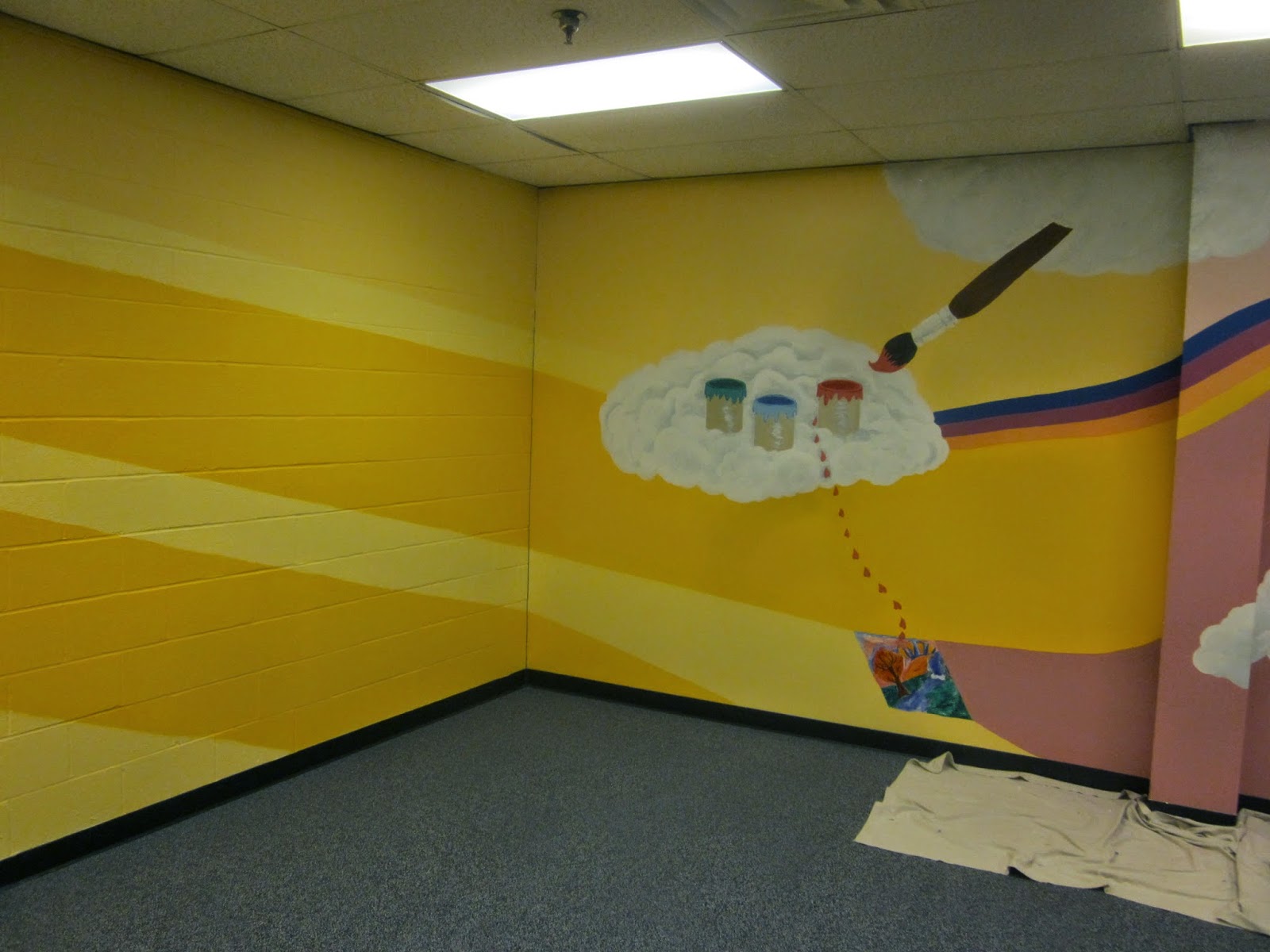 And by interlocking the accent objects, it makes the touch up and repair work blend right in.