Hollywood has been busy and we have some new photos to show you. 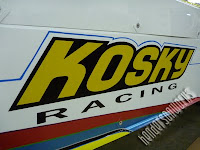 Kosky Racing brought Hollywood in to do a tribute to the American Flyer. I could go own with flowery wording and lots of adjectives or just let you take a look for yourself. 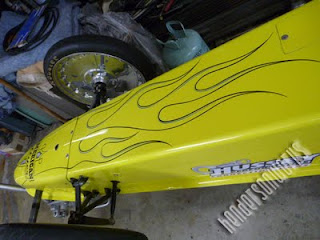 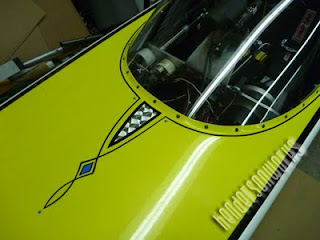 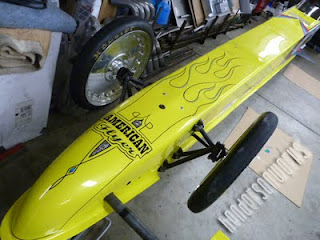 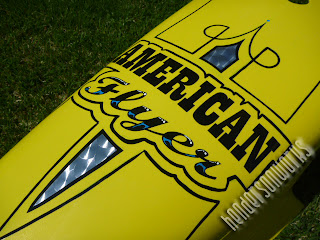 Howdy, been a while since the last post and a great deal has been happening. I have several things to post about in the next week or two. For now, I scored some spider riders for my Warhammer Orcs and Goblins army on eBay for 7.00! Yahoo!!  I'm all about deals so I typically use the Folk Art and Apple Barrel Colors paints by Plaid and Americana paints by DecoArt instead of the more expensive paints.

Anyway, the spider riders are great for a fast flanking force that can actually do some real damage. 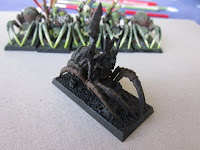 We tried a couple color schemes but decided on a brown and green so they could blend into the forest. The riders came assembled and primed from the auction so I started with burnt umber on their bodies and upper legs. 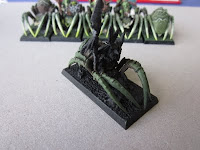 Second I added avocado onto the front and upper legs and also on the back of the spiders abdomen. If you are painting some of these guys don't worry to much about the underside of the legs and body, you'll rarely see them 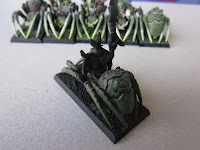 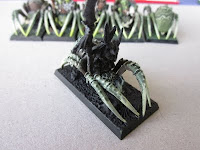 Next we used light leaf green on the tips of the legs, dry brushed on the upper legs and to highlight the face and mandibles. I also lightly brushed it up the abdomen to catch all the edges and bumps. 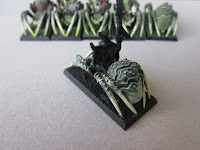 There are two body styles for the spiders.
The bumpy one here at the left and one with a recessed skull pattern below. 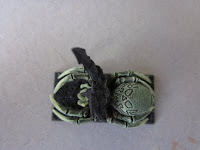 Here I've dry brushed the light leaf green over the avocado to really expose the pattern. With the black primer still in the recesses it shows up very well. 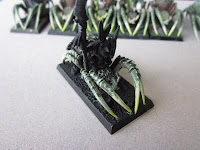 The last green we used is kiwi and glows rather nicely. I used it on the tips of the legs, eyes and mandibles. 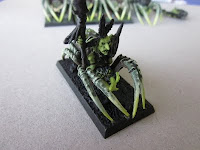 I then started the rider with a base of olive green and then a Folk Art color, Hauser Green Light. 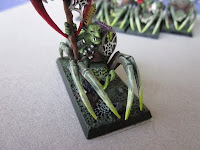 Well I'll skip to the chase and here is a finished rider. This guy is the standard bearer for the "Nasty Nippers" 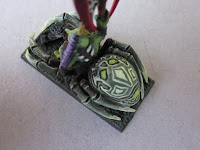 His spider has the skull pattern and Joshua did some craziness on it for me. 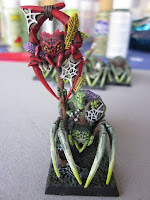 The story for these guys is they raided the Rowdy Red tribe and knocked off their leader. They used his former spider as their banner to indicate the great triumph! Four layers of red were used to get the final result. 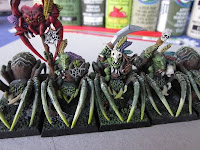 The bases are modeled with great texture and little extras like rocks, tree trunks, webs and little spiders! Here is the command unit including Yarvit, their leader, the standard bearer and the musician. Nice skull drum eh. What a motley crew.
The rest of the Nasty Nippers will get finished and posted soon!.
Posted by Rando at 11:38 PM No comments: